Grove Park was not established until 1908. The land now covered by Grove Park had been platted into 43 narrow residential lots but remained undeveloped at the turn of the 20th century. Rumors of an impending sale spurred local citizens to raise $8,000 to purchase the tract for a park. They donated the land to the Village Trustees, and then the citizens raised an additional $2,000 to landscape the park. The following image shows the landscape architecture plan by the firm of Brinley and Holbrook. 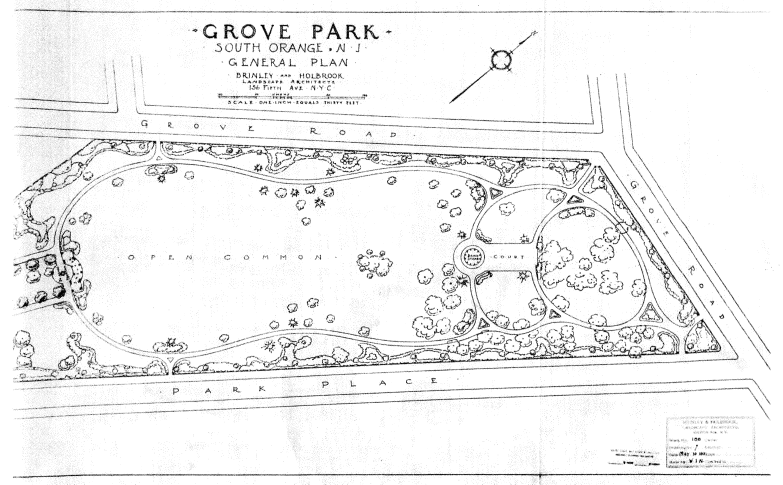